by Mohamed Jabaly
A perilous journey through Gaza with an ambulance crew attending to injured Palestinians while barely escaping death themselves.
2016  ·  1h20m  ·  Norway, Palestinian Territory
Arabic, English
English subs
Share
About the Film
While many young people dream of leaving Gaza, Mohamed wants to help. When he hears the news of a new Israeli offensive on Gaza in July 2014 he decides he cannot merely ‘wait for death’ but must do something and joins an ambulance crew to document the war. AMBULANCE is a raw, ﬁrst-person account of the war in July 2014. Mohamed Jabaly, a young man from Gaza City joins an ambulance crew as the war approaches. What is it like to live under constant threat? How can Mohamed ﬁnd his place in a country under siege, where there seems to be no foreseeable future? We experience the war through Mohamed’s eyes, watching directly from the passenger’s seat, as he comes of age among dead bodies, terriﬁed families, and the constant risk of sudden death. In response to the dark chaos of war, Mohamed learns to rely on his captain and crew-mates from the ambulance, who in turn support Mohamed to make a ﬁlm that expresses both the trauma and hope of the too-often invisible citizens of Gaza.
Upcoming Screenings 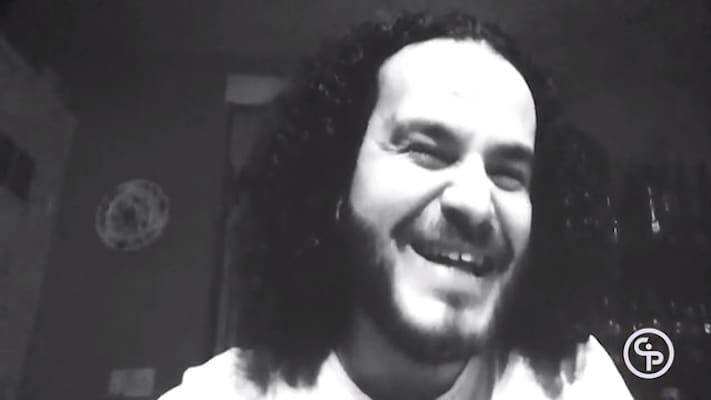 Play Video
Q&A with Mohamed Jabaly - AMBULANCE
About the Director

Mohamed Jabaly (Director) is a Filmmaker and Artist from Gaza. He has been working in several organizations and projects as a trainer of film-making and photography, including being a media coordinator for Save Youth Future Society. His wish is to present Palestinian society to the international community through songs, films and photos in order to open a new window to the world of Gaza and the lives of Palestinians. His recent films include Daboos (short film, 2014), Here’s Gaza (doc, 2014), We Teach life Sir (music video, 2014) and Saffa (Short film 2014).