by Min Sook Lee
A docu-poem about the lives of undocumented workers in Canada
2006  ·  25m  ·  Canada
English, French
English subs
Share
About the Film
My film tells the story of undocumented workers in Canada who take the low-paying jobs that Canadians refuse to. They sew clothes in Montreal, clean high rises in Vancouver and build houses in Toronto. Their low wages subsidize our first world economy. Using silhouetted interviews and stylized imagery shot on Super 8 and mini-dv, Borderless tells the story of Angela and Geraldo. Angela works as a domestic help caring for other people’s children while her own child is growing up motherless in the Caribbean. Geraldo arrived from Costa Rica to work in the construction industry, which heavily relies on undocumented workers. In Ontario alone, almost a quarter of homebuilders are undocumented. Many young women of my generation face migration. According to the International Organization for Migration, women now constitute half of the international migrant population, and in some countries, as much as 70 and 80 percent. These young women are exposed to a much higher risk of exploitation, violence and abuse. I made this film to show the realities behind migration to Canada and to challenge our accustomed ways of seeing. Through the eyes of undocumented workers, we see a different Canada. Geraldo puts it best when he says, “Beyond the borders of Canada, Canada is Canada. But inside the borders of Canada, it is something else.”
Upcoming Screenings 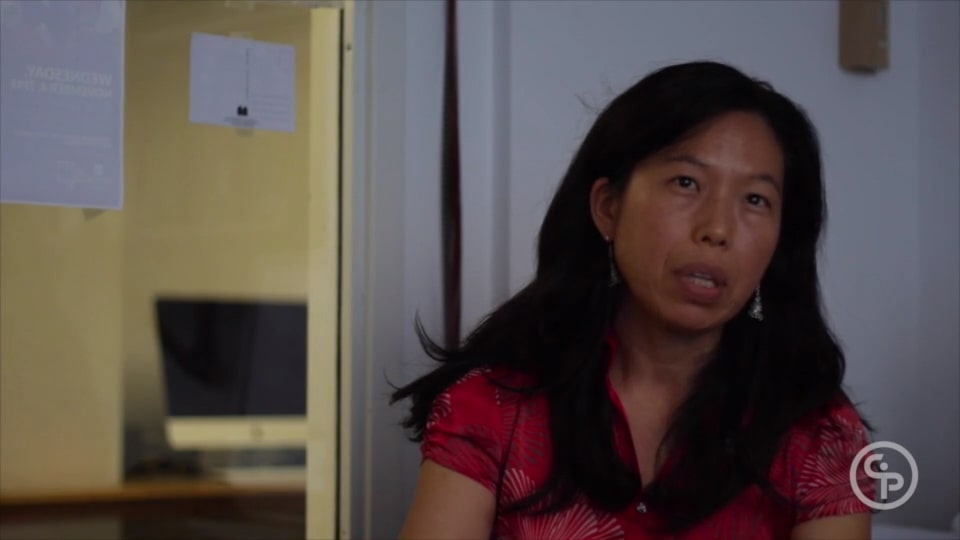 Min Sook Lee is an award winning filmmaker. She is the co-creator of the hit comedy series ‘SHE’S THE MAYOR’ which premiered on Vision TV in 2011. She has produced and directed numerous critically acclaimed documentaries, including: The Real MASH – the true story of the people that inspired the fiction TV series, MY TOXIC BABY – one mother’s journey into the world of toxins in baby products, TIGER SPIRIT – a reunification story shot in North and South Korea (Donald Brittain Gemini Award for Best Social/Political Documentary), HOGTOWN (Best Feature-length Canadian Documentary award at Hot Docs Festival); BADGE OF PRIDE – the story of gay cops in Toronto – and EL CONTRATO – a look at the lives of migrant farm workers in Canada (nominated for the Donald Brittain Gemini ).

Min Sook was also presented with the Cesar E. Chavez Black Eagle Award for EL CONTRATO’S impact on the rights of migrant workers. Min Sook’s films have been broadcast nationally on CBC, Global, TVO and History Television. Her films have traveled to festivals across North America, Europe and Asia. Min Sook has served as a judge and guest speaker for various film organizations including the Toronto International Film Festival, the Hot Docs Don Haig Award, the Imaginative Film Festival, Reel Asian Film Festival , the Reel World Film Festival and the Liaison of Independent Filmmakers of Toronto.

Other films by Min Sook Lee