Our People Will Be Healed

by Alanis Obomsawin
Alanis Obomsawin’s 50th film reveals how a Cree community in Manitoba has been enriched through the power of education.
2017  ·  1h37m  ·  Canada
Cree, English
Share
About the Film
Education is key to the future of any nation. Distinguished director Alanis Obomsawin visits a Cree community in Manitoba that’s putting this principle into practice in OUR PEOPLE WILL BE HEALED, her 50th film. The community of Norway House lies 800 kilometres north of Winnipeg, on the shores of Playgreen Lake. The Helen Betty Osborne Ininiw Education Centre in Norway House has some 1,300 students, from nursery through to Grade 12. Modern and well-equipped, it receives a level of funding few other Indigenous schools enjoy. In this school, where half of the teachers are Indigenous and many are local, the driving force is a commitment to various strategies that will help students develop their abilities and a sense of pride in themselves. Students who have learning difficulties are included in regular classrooms without being ostracized. For students who just can’t get out of bed on time, there is an alternative school pick-up arrangement. Gradually, the number of students who graduate is increasing. “We’re trying to have something for everyone,” says the school’s principal, Agnes Mowat. The Helen Betty Osborne school also serves as a resource centre for personal development. OUR PEOPLE WILL BE HEALED is set against the background of a canoe trip, on which we meet the various travellers: Gordon, the expedition leader, a consultant on Cree language and culture; Virgil, a former street-gang member; Armand, who is on his eighth expedition with Gordon and dreams of bringing his son along some day too; and Darcy, who is fleeing the oppressive atmosphere of his home. 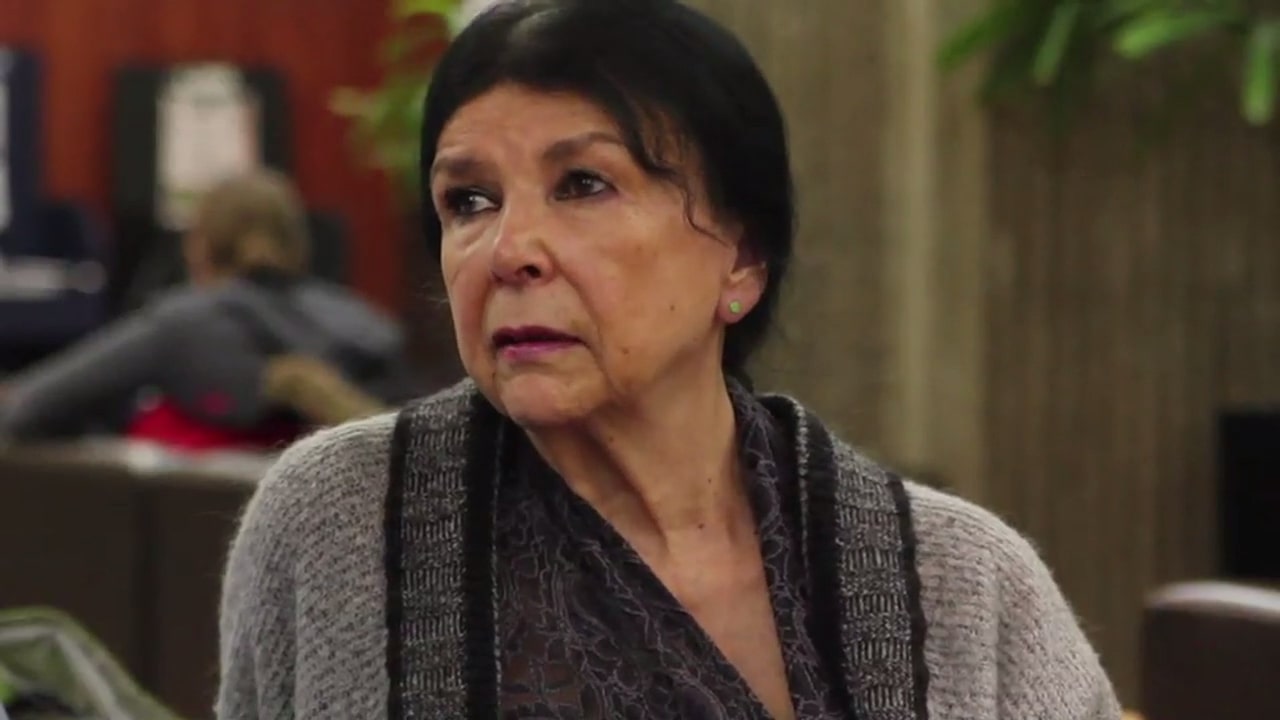 Play Video
Artist Talk with Alanis Obomsawin
About the Director

Alanis Obomsawin, OC (born August 31, 1932) is a Canadian filmmaker of Abenaki descent. Born in New Hampshire, and raised primarily in Quebec, she has produced and directed many National Film Board of Canada documentaries on First Nations culture and history. Her best known documentary is Kanehsatake: 270 Years of Resistance, about the 1990 siege at Oka, Quebec.
For 38 years, Obomsawin has directed documentaries at the NFB. To date, she has made over 30 documentaries on issues affecting Aboriginal people in Canada.
Her latest NFB film is the short drama When All the Leaves are Gone, about her experiences attending public school in Quebec.

In 2009, she completed the documentary Professor Norman Cornett: “Since when do we divorce the right answer from an honest answer? looking at the dismissal of unorthodox McGill University religious studies lecturer Norman Cornett, which will have its world premiere at the Hot Docs film festival.
Obomsawin’s recent credits include Gene Boy Came Home, about Aboriginal Vietnam War veteran Eugene Benedict.In 2006, she completed WABAN-AKI: People from Where the Sun Rises a look at the people and stories from her home reserve of Odanak. In 2005, Ms Obomsawin completed her short drama Sigwan, following a young girl who is aided by the animals of the forest. Her 2003 NFB documentary Our Nationhood, chronicles the determination and tenacity of the Listuguj Mi’gmaq First Nation to use and manage the natural resources of their traditional lands. The Mi’gmaq of Esgenoopetitj (Burnt Church), New Brunswick were the subject of her 2002 documentary, Is the Crown at war with us?, exploring a conflict over fishing rights.

The 2000 NFB release Rocks at Whiskey Trench was Obomsawin’s fourth film in her series about the 1990 Oka crisis. The first, Kanehsatake: 270 Years of Resistance (1993), was a feature-length film documenting the 1990 Mohawk uprising in Kanehsatake and Oka, which has won 18 international awards. It was followed by My Name is Kahentiiosta (1995), a film about a young Kahnawake Mohawk woman who was arrested after the 78-day armed standoff, and Spudwrench – Kahnawake Man (1997), profiling Randy Horne, a high-steel worker from the Mohawk community of Kahnawake.

Obomsawin’s films also include: Incident at Restigouche (1984), a powerful depiction of the Quebec police raid of a Micmac reserve; Richard Cardinal: Cry from a Diary of a Métis Child (1986), the disturbing examination of an adolescent suicide, No Address (1988), a look at Montreal’s homeless, as well as Mother of Many Children (1977).

Alanis got her start at the NFB in 1967, when producers Joe Koenig and Bob Verrall saw Obomsawin on TV. They invited the singer/storyteller to the Film Board to work as an advisor on a film about Aboriginal people. Obomsawin went on to direct films of her own, while continuing to perform and fight for justice for her people.

Obomsawin is the subject of the first-ever book on Native filmmakers, Alanis Obomsawin: The Vision of a Native Filmmaker, by Randolph Lewis, published in 2006 by the University of Nebraska Press.
In 2010, she was named to the Playback Canadian Film & Television Hall of Fame. In the spring of 2009, Obomsawin was honoured with a special retrospective at Hot Docs and received the festival’s Hot Docs Outstanding Achievement Award. A retrospective her work was also held from May 14 to 26, 2008 at the Museum of Modern Art in New York City. That same month, she was also honoured with the Governor General’s Performing Arts Award for Lifetime Artistic Achievement, at Rideau Hall in Ottawa.

In March 2001, Obomsawin received a Governor General’s Award in Visual and Media Arts. An Officer of the Order of Canada, Obomsawin’s many honours also include the Luminaria Tribute for Lifetime Achievement from the Santa Fe Film Festival, International Documentary Association’s Pioneer Award, the Toronto Women in Film and Television’s (TWIFT) Outstanding Achievement Award in Direction, the Canadian Native Arts Foundation National Aboriginal Achievement Award, and the Outstanding Contributions Award from the Canadian Sociology and Anthropology Association (CSAA). The latter marks the first time that the CSAA has honoured someone who is not an academic in the field of sociology and anthropology.

Other films by Alanis Obomsawin