by George Kurian
This film travels land and sea with Syrian refugees who give a firsthand account of harrowing journeys to new countries and their feats of struggle and hope.
2015  ·  55m  ·  Norway
Arabic, English
English subs
Share
About the Film
THE CROSSING tells the difficult story of individuals forced into displacement and takes us along on one of the most dangerous journeys of our time with a group of Syrians fleeing war and persecution, crossing a sea, two continents and five countries, searching for a home to rekindle the greatest thing they have lost – Hope.  On a summer night, a group of Syrians wade quietly into the Mediterranean, with little children, a cat and little packets of food wrapped in cling-film held above their heads to climb into little boats that will take them to a fishing boat waiting in deeper waters. The little boat keels over from imbalanced loading. In the panic in the dark waters to save the children, they lose the cat and most of the food and water they have. A mother of 2 young children wants to return ashore, but it is too late, the police may have reached the beach and the only way available is into the sea.They are journalists, engineers, a musician and a psychologist climbing aboard an old unseaworthy fishing boat, manned by desperate smugglers who have never before sailed beyond coastal fishing waters.They make it to Europe, only to find out that the hardest part of their journey still lies ahead. Months of uncertainty and waiting, living in one centre after another, takes a toll on their spirits, as they confront what being a “refugee” means.  [NFI Norway] 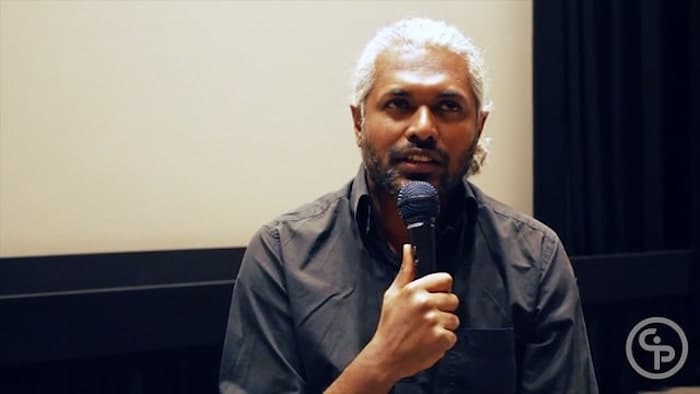 Play Video
Artist Talk with George Kurian, Director of THE CROSSING
About the Director

George Kurian is a documentary filmmaker and photojournalist currently based in Beirut. He has lived and worked in Afghanistan and Egypt and he has worked in Syria, Iraq, Iran, Egypt, Turkey and South Asia. He has worked on a range of documentaries from current affairs and history to human interest and wild life.